Probably the best trout fishing on the Welsh Marches

The club’s waters comprise 8 individual beats of the River Tanat.

These commence just downstream of Penybontfawr in the Berwyn foothills where the Tanat is an intimate brook with bushed banks and hard fighting wild trout.

Our lower boundary is at Carreghofa weir, between Llanyblodwell and Llanymynech a mile or so above the Tanat’s confluence with the Vyrnwy, where the water is a much more substantial small freestone river with deep pools and stickles.

The river contains an increasingly healthy population of wild trout and a decent head of some very large grayling. 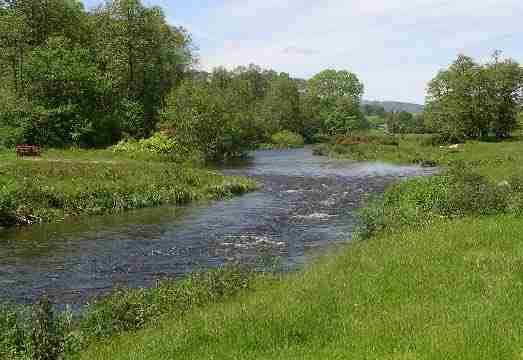 The club’s policy is to encourage self-sustaining wild populations of these species and at present is being run as a wild fishery with no stocking. Trout caught on the club’s waters average 11-12” though a small number of fish of 2lb weight and above are recorded most seasons. Grayling are relatively locally distributed throughout the beats, but fish of 2-3lb plus are recorded reasonably regularly, though they are not easily located or caught. The club does have a catch and release policy.

Due to the club’s limited membership angling pressure is light, and it is likely that the fisher will have the beat to him/herself.

Fishing methods are restricted to artificial fly on all club waters, and the fish respond to dry-fly, wet spiders, nymphs and bug patterns dependent on conditions. Catch and release is encouraged, but not compulsory, except in the case of grayling, all of which must be returned.

The five-year average catch from the club’s river beats is about two trout per rod visit. 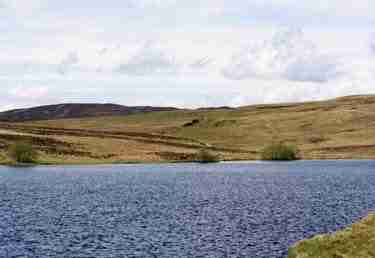 Club members also have access to fly fishing for brown trout on a 9 acre upland lake set among the heather moors of the Berwyn.

The water has a good head of native bred brown trout and is also now being run as a wild fishery.

Wonderful and wild - this lake is a great asset to the Upper Tanat Fishing Club.

Thanks for your message! We’ll be in touch soon. 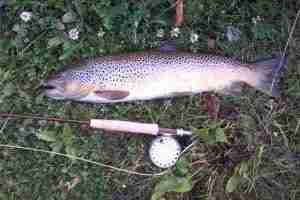 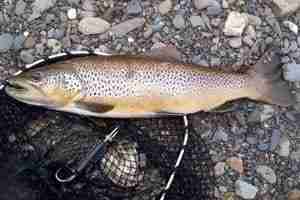